This week, we find out more about Theatre Royal Brighton.

We spoke to Communications Manager, Laura Poncia, who fills us in on the theatre's 200 year history, what they've got coming up for next year, and why you've got to check out The Rocky Horror Show - currently on stage now! 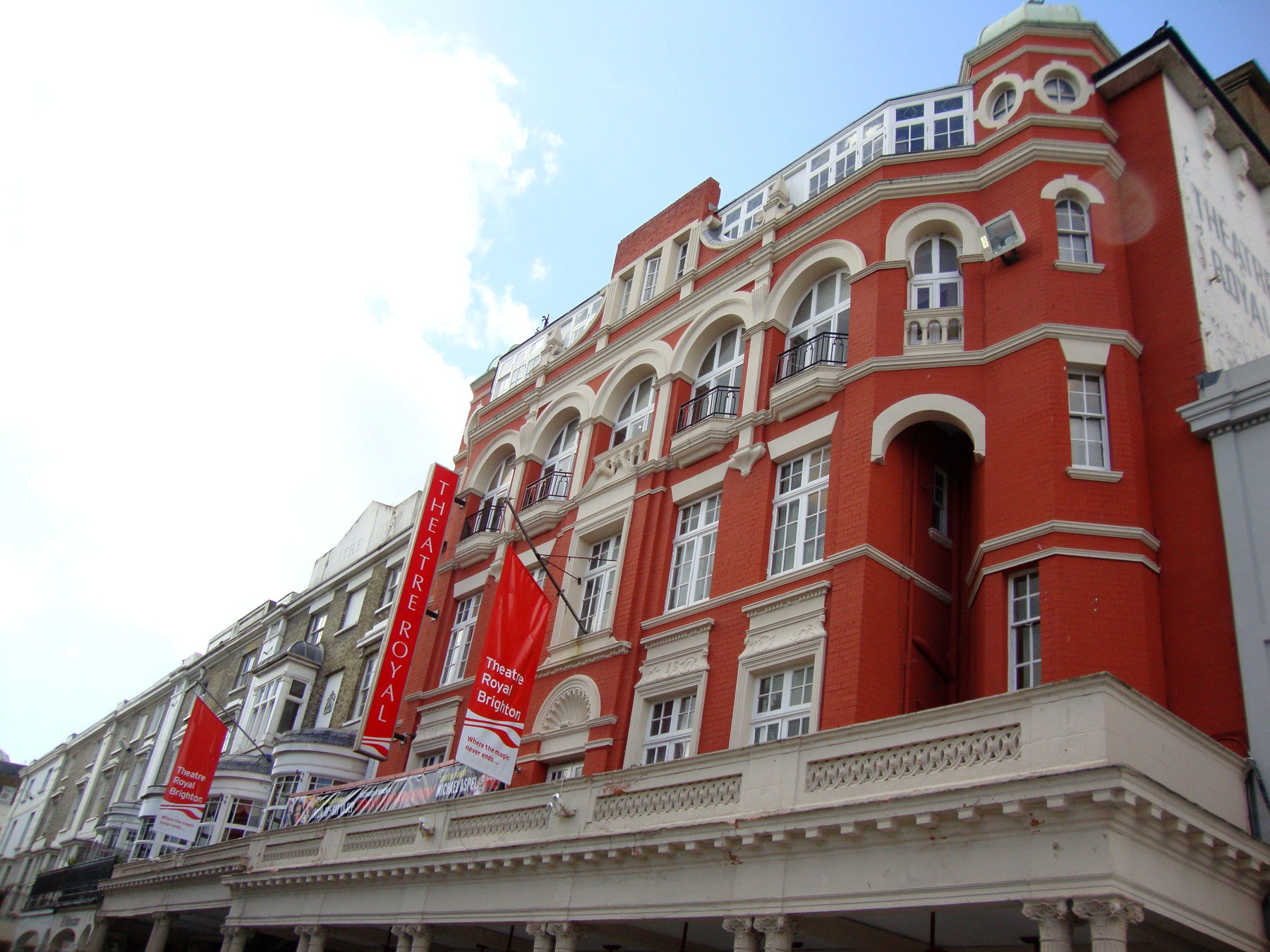 To get us started, tell us a little about the venue...

We're the Theatre Royal Brighton, conveniently situated in the heart of Brighton in the eclectic North Laine shopping area, opposite the Royal Pavilion. The venue can seat up to 976 people, and my role is the Communications Manager.

The Theatre first opened its doors to the public on Saturday 27th June 1807, with a
performance of Hamlet and The Weather Cock, starring Charles Kemble of Drury Lane.

Has the venue gone through any major changes since it opened (location,
renovation, etc)?

Theatre Royal Brighton is a Grade II listed building, one of the five oldest working
theatres in the country, therefore one of the most historic and important venues in the UK. The Theatre is a collection of 11 buildings on one site, which has evolved over the 211 years.

The building combines domestic elements combined with theatricality - fisherman's
cottages dating back to 1750, with Georgian houses adjacent to the auditorium. She is quite unique in that she is literally untouched by a major development and also other theatres of this age burnt down as a regular occurrence and did not survive into a modern age.

At the dawn of the 21st century, there was a new chapter of the Theatre's history - the
Ambassador Theatre Group (ATG), purchased Theatre Royal Brighton, and have since invested in the infrastructure of the building as well as bringing in high quality productions. The venue has recently invested in a new roof, new seating in the Gallery and beautiful windows in the Royal Circle Bar.

How many events a week do you host on an average week (including matinees and
workshops)?

The Theatre is a constant hub of activity and as a touring venue we host a new production or a variety of one night events on a weekly basis. We also run a fantastic Creative Learning programme alongside these shows. We will usually host anywhere from 5 – 20 events per week.

Has there been any recent stand out shows/productions that you can recommend
people to keep an eye on?

Our new season recently went on sale and is jam packed with quality entertainment
from December 2018 – July 2019!

Musical lovers will be pleased to hear the new season hosts an array of smash hit
productions including The Rocky Horror Show, Ghost, Club Tropicana, a brand new 80s musical from the Producers of Hairspray and Green Day's American Idiot.

Families can enjoy Horrible Histories as the Terrible Tudors and Awful Egyptians take
to the stage and our own Christmas production for children ages 4-7 years and their grown-ups, Nellie Limelight and the Oysters of Time.

Drama lovers can enjoy the premiere production of Abigail's Party, which opens in
Brighton in January, the next instalment from Brighton's own Peter James, The House on Cold Hill and the return of Pilot Theatre with Noughts & Crosses.

We are super excited for the opening of our Christmas show The Rocky Horror Show! The show opens this week and will be in be in Brighton for a three week Christmas Season, which runs until Saturday 5 Jan 2019.

If you could change one thing about the live entertainment industry, what would it
be?

We would love to make Theatre more accessible to everyone! We are still learning
and developing new ways to do this.

ATG is currently running a fantastic new scheme called Price Promise. This scheme
gives you access to the very best of UK theatre and live entertainment from as little as £13.

In 2007, the city celebrated the Theatre's 200th Birthday with a year of exciting
events; the highlight was a Royal Visit by Her Majesty the Queen who renamed a Box in the Theatre; The Queen Elizabeth II Box.

Are there any interesting facts/stories about the venue that people might not
know, but should?!

This building is one of the few remaining fully working hemp houses in the UK. That
means that our technical crew operates the scenery using ropes, pulleys and their strength!

In 1807, the theatre was built on land purchased from the Prince Regent who personally approved the plans on a 'New Road' on his estate. The theatre was completed in just 10 months; an amazing achievement for the construction industry, and in today's environs, planning for buildings can take that time.

In 1854 an actor Henry John Nye Chart arrived and took over the management of the Theatre. When Nye Chart died in 1876, his wife Ellen Elizabeth Nye Chart took over the management. With considerable flair and imagination, she secured the Theatre's national reputation as one of the most prestigious venues outside of London. She introduced the matinee and gave tickets for the annual Christmas pantomimes to inmates of the workhouses. Her legacy was to be one of the first women theatre managers with pioneering audience development skills. 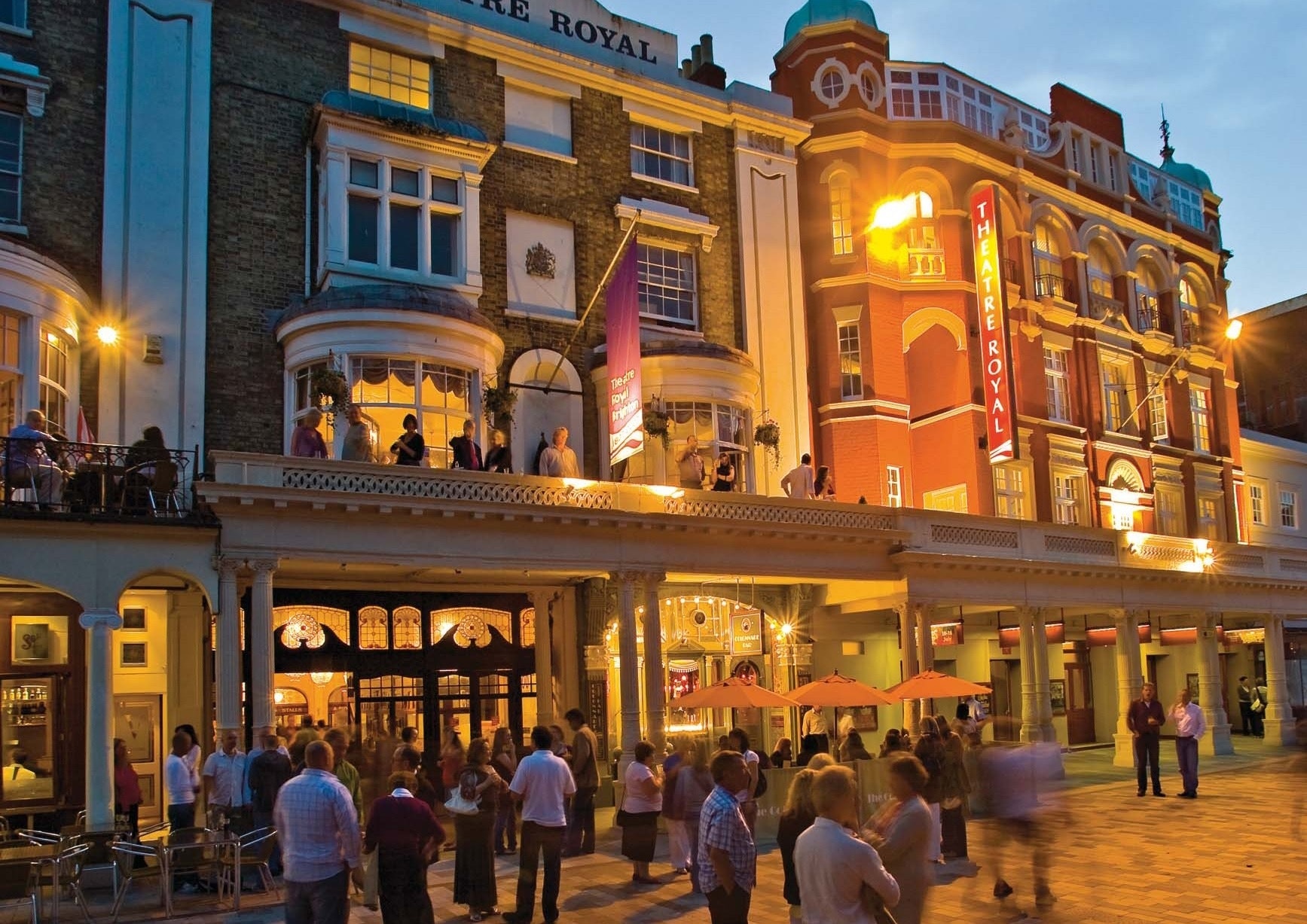