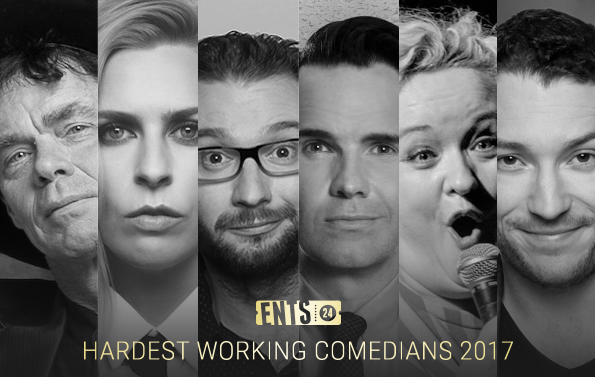 It's that most wonderful time of the year - the day we reveal the nation's hardest working comedians of course!

The chart, now in its third year and determined by the highest number of listed performances at different venues across the calendar year, is topped for the first time by (drum roll please).... 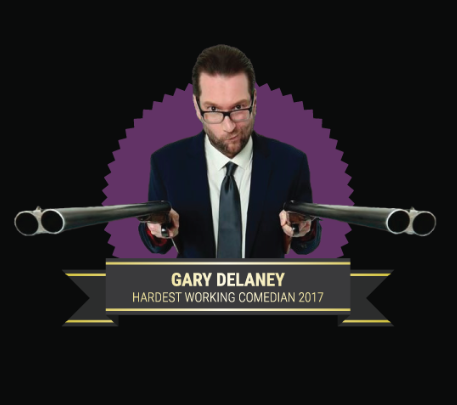 See Gary's acceptance video (filmed in his car whilst on tour) here!

Gary also said of his win:

"When I first started in comedy one of the old hands explained to me that 'The job is really driving, the gig is just what you do for a break when you get there'. They were right.

Being on the road is great because you get to bring your comedy to your audience every night and also because eating most of my meals at service stations gives me the perfect excuse to eat all the things that I really want to eat anyway.

I've been in the top 5 for the last couple of years so it's been my dream to finally make number 1 and empirically prove to my parents that I have a real job. Actually my dream is to get sponsored by KFC and Waze, but this is a close second.

I hope to hold onto this award next year when I take my new tour show 'Gagster's Paradise' on the road, though some who have seen the passenger footwell of my car have rudely suggested 'Ginster's Paradise' might be more appropriate.

I want to use my new title to help promote world peace, or failing that at least put pressure on the Department of Transport to make available a comprehensive list of which motorways are closed each night."

Whilst it's Gary's first time at the top of the list, he's one of just three comedians who have appeared in the top 20 consistently since its inception, alongside 2015's winner Patrick Monahan (this year's #2) and Sara Pascoe (#16).

As is usual given comics' touring patterns, 75% of this year's list did not appear in last year's – with only Tom Stade (#14) and Rich Hall (#18) – as well as the trio mentioned above – appearing on the list two years running.

"You want a quote about being a busy comedian? Ain't nobody got time f'dat!”

Abi Roberts said of her inclusion:

”Wow, I had no idea I was in the top 20 hardest-working comedians in the UK! Performing live is what I love best, getting that instant audience connection and feedback and the thrill of the live audience. It makes a real difference to me when someone comes up to me after a gig and says “I’ve had a crap week and you really made me forgot all about it”. I’m a comedian first and a woman second.”

"I’m very proud to have been voted the least most hard working comedian. It's a great list to be bottom of."

To see forthcoming dates from anyone on this year's list (or winners from previous years) just click their name above.

Once you have, turn tracking to 'On' and we'll drop you an email whenever they announce new shows (either near you or nationwide - your choice!)