Wrong Festival is back for its second year in 2018! The one-day indoor spectacular of rock music will see the assembling of Damo Suzuki, Mugstar, Gnod, Hey Colossus, Spectres and The St Pierre Snake Invasion, alongside festival headliners Future Of The Left – and that's just some of the acts performing across three venues in Liverpool on Saturday 28th April.

We caught up with festival founder, organiser, performer and all-round music guru Michael Edward, who tells us how it all began, what life is like as a festival organiser, and what goes on behind the scenes...

So, how did it all begin?

It was an accident, really. I wanted to put on an all-dayer for the bands on our label, Loner Noise, with some other bands I like and a few bigger bands, and it spiraled out of control past the point of no return, and suddenly, it was a festival! 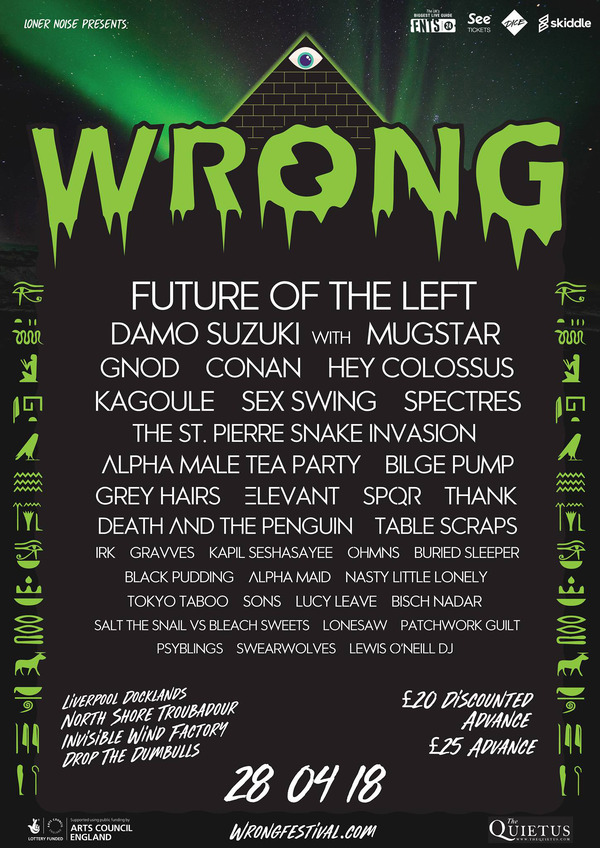 What can we expect this year? Any major changes?

Slightly bigger acts, and better organisation (since we know what we're doing now), but it'll be the same format as last year since it worked so well.

Why Liverpool? Why are they so lucky to host the festival?

Practically, because I live here, but also because there wasn't a platform for the kinds of bands that play at Wrong before, except for maybe the Liverpool International Festival of Psychedelia. However, they tend to fill their bill (with acts) from all over the world, with less of a focus on bands grinding it out in the DIY circuit.

Three venues this year – The Invisible Wind Factory, North Shore Troubadour and Drop The Dumbulls. For anyone that's not been to these venues, what can you tell us about them?

The Invisible Wind Factory is run by the team behind the Kazimier, one of the greatest music venues to have ever existed bar none, so it's the only place I'd have as my main room. The North Shore Troubadour always feels like a secret warehouse party, and it's run by AE Audio who kit out pretty much the whole city's venues with their PAs, so you know it's going to sound incredible. Drop the Dumbulls are real DIY-lifers. The folks who run it live in the venue and put on all sorts of stuff that most places won't touch. It's more of a community affair, intensely creative and doing it for the love of it. They're the true spirit of what the festival's about. 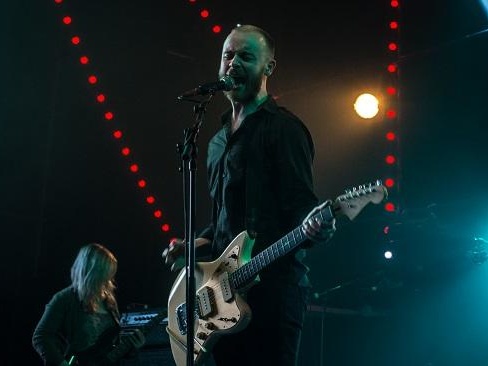 With all of the struggles facing the live music industry these days, how have you found it as an independent festival organiser so far?

It's been surprisingly manageable, if stressful the first time around. Now I've done it once it almost seems second nature. Beyond keeping your diary well and doing everything well in advance, it's important to find your identity and define it clearly, and to try and do something that's not being done where you're operating.

Self-described as an 'oddball rock music festival', you've managed to pluck out one of the most impressive rock festival line-ups this year. Feel free to take this opportunity to toot your own horn...

Thank you! I basically book bands that I have on my iPod or in my record collection, or that I've seen or toured with. I'm also the only one doing the booking, which helps it to be extremely cohesive, and since there's no formal application process, it'll mostly be bands that I approach directly with a clear plan of how it'll all work together. 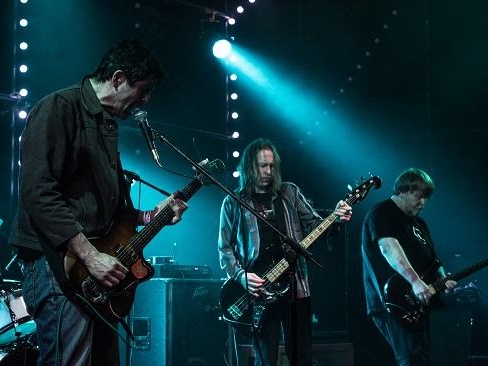 It's important for people to know what happens behind the scenes. Tell us about the team of people behind Wrong Festival...

The PR guys Jamie, Dave and Ally are tireless, and have done a great job of putting us on the map so quickly. I have to give shout outs to George and Sam at the Wind Factory, Jake and Emma at Dumbulls and Lynton at the Troubadour for their fantastic work. Nathalie Candel is the adult in the room, the person who makes sure it all runs right on the day and coordinates things like an actual professional. Krystian Hudson from Liverpool Calling/Yeah Buddy DIY is always there for me to get advice from as a general sounding board, and finally Callum Stewart is our art man, always coming through with cool designs. I think that's it, but if I've missed anyone off, I do apologise. 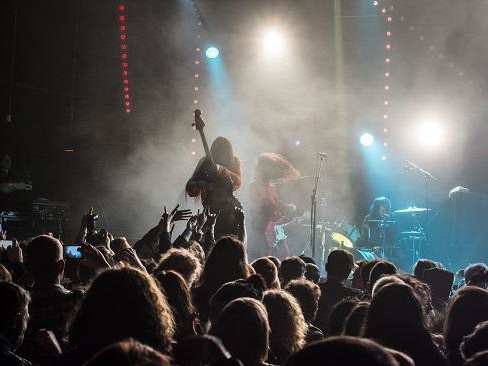 What will you likely be up to on April 29th?

In the early hours, hopefully watching the last few bands with a sense of accomplished satisfaction. Post sunrise, probably having the lie in to end all lie ins.

Don't forget, we've got a comprehensive UK Festival Guide to see what else is happening near you this year. Take a peek >>